When the sun came up on that first Easter morning over 2,000 years ago, no one knew it was Easter.

Those who had walked and lived with Jesus for more than three years were huddled quietly together in a single upper room, quarantined in fear from the world around them. To publicly declare that they were followers of Jesus could have gotten them arrested. To gather and worship in His name would have certainly been illegal. Those who did gather in that secluded location were filled with grief, regret, and the pain of unmet expectations. They had thought Jesus would be king and overthrow Roman oppression. Instead, at least in their minds, He lay dead in a sealed Roman tomb.

As they silently grieved and pondered what to do next with their lives, the world around them moved on. Pontius Pilate governed over Jerusalem, a city observing the Passover Celebration. Caesar Tiberius and the city of Rome were at the center of the known world; governing, ruling, and dictating all that was important in society. Few people, if any at all, gave much thought to what was happening in a silent garden tomb outside Jerusalem in those early morning hours.

But there in that tomb, the world was forever changed.

God was at work even before anyone could see it happening.

Two women silently approached the tomb, filled with questions about what had transpired, wondering how they would roll the stone away to honor the body of their crucified teacher and Lord. Instead of a heavy stone and a Roman guard, they met an angel who proclaimed that something had already happened—He is not here!

The women rushed back to tell the other disciples. In hushed voices, many others sprinted out of the room to see for themselves a truth that seemed beyond belief. Awe and confusion filled their minds as they, too, encountered an empty grave and a moment that had already occurred. Without their knowledge, and even without their faith that it could happen, Jesus had stirred to life and become the resurrected, eternal King.

A moment in time that would impact all was observed by none. God, their Heavenly Father, had done His very best work in seclusion, solitude, and a time of despair.

Out of darkness, light.

Out of death, life.

Today, we may find ourselves awakening to an Easter not all that different from the first-century followers of Christ. Gathering for worship is prohibited, the world is distracted by “more important things.” Those seated in places of power and heads of state are busy with other matters. We may feel a deep sense of loss and regret over what “could have been,” and an eerie quietness to it all. This all feels different and unexpected to us. If we’re being honest, most of us would say we don’t like it. We had expected something better of this year.

And yet, today we celebrate with renewed hope that something monumental has changed. The earth has shifted. And most are not even aware of it. New life has begun. A new life that goes on and on!

One of the great dangers we all face in our social distancing is the feeling of isolation and the loss of community. We are accustomed to celebrating with others. The gatherings, meetings, and traditions keep us connected to what God is doing. If, instead, we are isolated, then we feel cut off. We wonder if anything is happening. We become convinced by dark, sinister voices of our insignificance or lack of value. Our home—or even our own mind—can feel like a tomb where we are cut off from all that is good.

On this day, however, we remember a Savior who also entered a tomb on our behalf. He chose to be isolated—cut down and destroyed—in order that we might know in all circumstances and in all seasons that we are never alone. In Him, we are made whole, new, and alive!

In this tomb of our solitude, may we experience a changed world.

God is at work, even before we can see it happening.

Out of darkness, light.

Out of despair, hope.

Out of death, life.

Our good, Heavenly Father is currently doing some of His very best work.

The stone the builders rejected has become the capstone; The LORD has done this, and it is marvelous in our eyes. 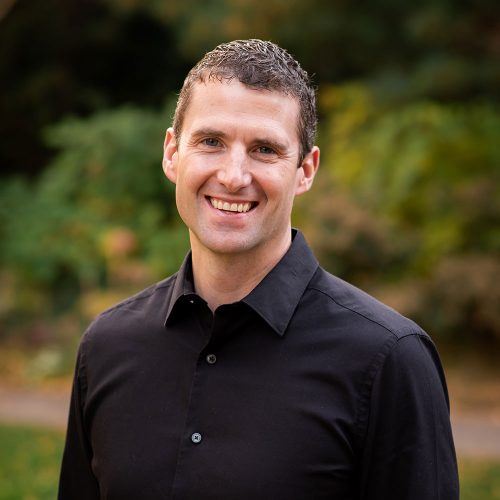 Nick is the Executive Director for Pure Desire. He has been in ministry leadership for over two decades. He was in pastoral ministry at East Hills Alliance Church in Kelso, Washington, for 14 years. Nick has a Bachelor in Pastoral Studies from Crown College, an MDiv from Bethel Seminary, and is a certified Pastoral Sex Addiction Professional (PSAP) through the International Institute for Trauma and Addiction Professionals (IITAP). He has authored two books, Setting Us Free and Safe: Creating a Culture of Grace in a Climate of Shame.

How to Respond When Christian Leaders Fall