How wonderful, how beautiful, when brothers and sisters get along!…Yes, that’s where God commands the blessing, ordains eternal life.

Armistice Day—or what would eventually become known in the United States as Veteran’s Day—is recognized at the eleventh hour of the eleventh day of the eleventh month of each year to coincide with the end of World War I.

Since 1954, this day has honored the service of military veterans. According to historian Patrick Kiger,

The war ended with an armistice, an agreement in which both sides agree to stop fighting, rather than a surrender. For both sides, an armistice was the fastest way to end the war’s misery and carnage.*

ARMISTICE AND THE HEALING PROCESS

After the initial discovery of sexual infidelity, the home can look more like a war zone than a neutral zone. The wife’s mind is reeling after the discovery or disclosure of her husband’s betrayal. Her trust in the man she married has been shattered. Everything she thought was true in her marriage is now in question. She is having trouble discerning between what is truth and what is a lie.

Often the ensuing relationship resembles an armistice, or cessation of hostilities, but the underlying issues are not resolved as was the case that ended World War I. At the time, this was described as “the war to end all wars” but we all know that 21 years later an even larger global conflict erupted as Germany invaded Poland to start World War II.

This is why, when sexually compulsive behaviors invade the marriage, it is critical that the couple gets proper help.

Reconciliation after the exposure of infidelity is something that seldom can be worked out in private. For men, it is essential that they get into a Seven Pillars of Freedom group where they can begin working through their issues with other men who are also going through the recovery process and can hold them accountable.

For women who have experienced betrayal, a Betrayal & Beyond group will provide a healthy outlet to process their grief and pain, as well as structuring healthy boundaries for their relationship. Ideally, the couple will also pursue Pure Desire counseling.

As a Pure Desire group leader and Regional Group Advisor, the most common question I hear from men is, “What do I do when I am committed to the process, attending group, and doing my homework but my wife is still stuck in her anger? It seems like I can’t do anything right.”

It is important to remember that men and women begin their healing journey from different points on the spectrum.

Disclosure often creates such trauma in the wife that she literally freezes in her pain…You could be walking on water—doing everything right—and her pain would not allow her to see how much you have changed. Even when there is change, she is not sure it will last and therefore is usually very guarded. She is often stuck rehearsing the past and questioning everything about you and your years of marriage.**

For many women who have experienced betrayal, it takes about seven months to separate out her own life trauma from the trauma caused by her husband’s betrayal. This is assuming she is actively involved in a Betrayal & Beyond group. Healing comes from working through her emotions and leaning on God.

Initially both sides may need to employ an armistice where the husband lowers his defenses and shows empathy for his wife’s suspicions of his actions. The wife will need to lower her offenses and resist the urge to police her husband’s actions—trusting the process and turning over his accountability to his group.

Trust is restored in the relationship as the betrayed spouse observes sincerity in the addict’s commitment to the recovery process, his ability to do the things that last, and the durability of change over time. The husband needs to realize that heart change takes time and he shouldn’t expect instant change in his wife’s disposition because he is finally getting the help that he has needed for years or even decades.

The good news is that if both parties commit to the process then change is possible.

My addiction lasted 17 years and by the time I found Pure Desire there was no intimacy left in our marriage relationship. I am happy to say that after a lot of hard work, the intimacy has been restored. While it has taken several years of working through our issues, our marriage is now everything that we had hoped it would be when we got married.

Don’t give up hope. Change is possible!

1. *Kiger, P. (2018). Why World War I Ended With an Armistice Instead of a Surrender. Retrieved from https://www.history.com/news/world-war-i-armistice-germany-allies. 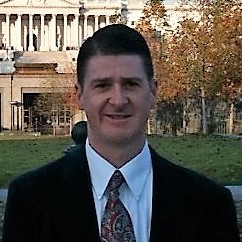 Brent is a PSAP and Pure Desire Regional Group Advisor for AL/FL/GA and the Armed Forces. He served as a naval aviator for 27 years, retiring as a captain in 2017.

Three Lies that Shaped My Life