After many years of counseling, Ted and I began to see a pattern with clients who would go home for the holidays. In subsequent counseling appointments they would report how triggered they became, many feeling like they had immediately reverted back to their childhood pain.

For some who had worked through family of origin issues, seeing how their mom and dad reacted to the grandkids not only made them angry, but also validated the fact that what they remembered and the feelings they had from childhood were accurate.

We would remind our clients: we are not blaming mom and dad, who probably did the best they could, considering what was handed down to them. But we would point out how important it is to see the unhealthy patterns because you cannot change something you don’t understand.

Time and time again, some of these limbic holidays turned out to be gifts in disguise because our clients were able to see the effects, from an adult perspective, of how unhealthy the lifestyle was within their family of origin. In a tangible way, this gave them new momentum to work hard on their own healing to change the generational patterns passed down to them.

In anticipation of the holidays, we ask all our clients to evaluate for themselves, in light of where they are in their healing journey, “Is this the right time to re-engage with family?” Ted found this question particularly important for single men who, in the past, would relapse immediately after being with family members.

As they evaluated their present status, some couples realized their own healing would be jeopardized, especially if family members didn’t know about or wouldn’t understand their healing journey from sexual addiction. Some felt the rigid religious structure of their family of origin didn’t leave room for them to “not be okay” and that, in itself, would throw them back into relapse. Those who decided to take a hiatus from extended family members, their most difficult task was to say they wouldn’t be coming home for the holidays this year. This was a courageous choice for many who had to deal with their tendency to please and create peace at all cost.

We helped them write letters explaining they were working hard on healing their marriage and that adding family members to the mix at this time could hinder the healing gains they had made as a couple. The reaction from extended family members was interesting. Those who gave the couple space to heal made it easier for them to re-engage down the road. Many of those who were angry and upset and didn’t want to give the couple space or continued to cross boundaries, created ongoing relational strain. As a result, to this day, some of our clients have unresolved relationships with their family of origin; those they have deemed unsafe or toxic to be around.

For those couples who felt it was the right time to re-engage, we asked them to come up with healthy boundaries and exit strategies if relationships became strained. Some chose not to do the usual, which was staying in the same home with their family of origin. Instead, they would stay with friends or safe relatives or they would get a hotel.

After some months of going through the healing process and as the holidays approached, one of our counselees realized how detrimental his brother’s sexualized joking and cussing during holiday dinners was to the new lifestyle he was working toward and how damaging it was to his kids. In the past, he never had the courage to confront this issue. But the healthier he became, the more he realized it was time to confront his older brother.

Weeks before they were to meet up for the holidays, he wrote a letter to his brother letting him know how offensive some of this language and crude jokes were. Our client explained, he didn’t want this happening during their upcoming visit and warned his brother, if he said something off-color, even in a joking manner, he and his wife and kids would get up from the table and leave. To his surprise, his brother apologized and was on his best behavior because our client set some strong boundaries to protect his family. This client also used this opportunity to speak to his kids, ahead of time, showing them that they too could set boundaries if there were things taking place that ran counter to their values. These courageous actions are what changes the future generational patterns.

This holiday season, you may be facing some challenges with your family members, especially if you have just begun your healing journey; so here are a few things to consider if you are either single or married.

It is my prayer for you, especially if you are early in your recovery and healing journey, that you seek God and the wisdom of counselors and/or your group as you make plans for the holidays.

Romans 8:28 says, His plans for us are good because we are called according to His purpose. Pray God will help you fit within His purpose and plans for this season.

Think of ways God would want you to enjoy this holiday season, especially as you celebrate the birth of His Son. 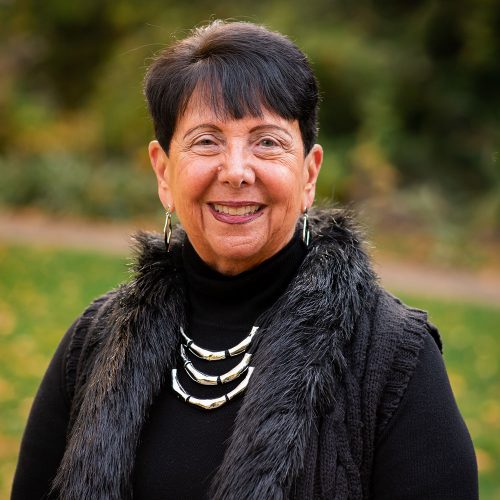 Diane is a co-founder and clinician at Pure Desire. She is a certified Pastoral Sex Addiction Professional (PSAP) through the International Institute for Trauma and Addiction Professionals (IITAP), a licensed pastor, and has been in ministry for 30 years. She is the author of Betrayal & Beyond and co-author of Sexy Christians, Connected, and Peace Beyond the Tears.

The Practice of Gratitude