When someone battles with addictive behavior they are said to have an addictive personality. The core of addictive behavior stems from pushing away unwanted thoughts, emotions, and memories so we can feel normal. The definition I use for addiction is: a compulsive, destructive, self-coping behavior.

While addictive behaviors may look different from person to person, there are three characteristics or coping patterns that are most common: isolation, passive/passive-aggressive behavior, and procrastination.

I find the members of my body doing the very thing I do not want to do.

Paul described it well. He got that right.

You may have heard of the term “comorbidity.” This is a fancy word that describes multiple addictive behaviors that exist at the same time. Typically, these behaviors—secondary addictions—are introduced into our coping patterns after the original addiction is established in our neural pathways; they activate the reward pathway in the brain, which produces a feeling of pleasure. The secondary addictions merely hitch a ride on the same neural pathways.

Research suggests that 83% of individuals who struggle with sexual addiction have secondary addictive issues (1).

While there are four types of addictions—substance, process (non-substance), feelings, and compulsive attachment (codependency)—these can overlap, intertwine, and exist on a continuum in the same person at the same time. This is comorbidity.

So what does comorbid behavior look like? Here are a few examples:

Matt is two years sober from an alcohol addiction he struggled with most of his adult life. He really doesn’t miss the drinking and is not tempted by it when he hangs out with some of his old “drinkin’ buddies” at the local pub; he only frequents the pub because he misses the environment and the people. Since the bartender is an old friend, as requested, he serves Matt his soda in a beer mug. In many ways, it feels like old times; he belongs.

In the past two years, Matt has invested more time in his hobby: he has always been into cars, and enjoys rebuilding and restoring old cars. He loves searching for parts online and the challenge of outbidding other customers for hard-to-find parts. He loves the feeling of successfully winning the bid.

Can you identify Matt’s comorbid behaviors?

Does Shane exhibit any comorbid behaviors? Do you recognize any addictive characteristics in Shane’s behavior?

Allison is currently in counseling for an eating disorder: she is bulimic. She struggles with body-image issues, even though, by society’s standards, she is attractive. Her father left the family when she was young and had minimal contact with her over the years. Allison’s mother provided for the family by working multiple jobs, and while they have a good relationship today, she received limited parental interaction as a child. As an adult, Allison is in-and-out of relationships and struggles with maintaining healthy connections with both men and women. Although she desperately craves relationship, Allison has lost several girlfriends because she was flirty with her friend’s husbands or boyfriends. She has recently taken to online shopping, finding great deals she can’t pass up, but increasing her credit card debt.

What comorbid patterns do you observe in Allison’s behavior?

Not all individuals who struggle with addictive behaviors or have an addictive personality are cast from the same mold; addiction looks different on each person who struggles.

Whether you have one addiction or multiple, comorbid addictions, the answer starts with a simple question:

What are you coping with?

Remember addictions are compulsive, destructive, self-coping behaviors—so what thoughts, feelings or memories are you pushing away, so that you can feel normal? If you’re like the rest of us, pain and trauma is the answer.

As I worked through my healing from sexual addiction, I had to work on other addictions as well: self-contempt, codependency, and food. It has taken time. I still have moments when I am tempted by my unhealthy coping behaviors, but continually work to replace my old behaviors with healthy, life-giving behaviors.

I am so thankful for the support and accountability I receive from others in my life; those who are committed to walking out this journey with me.

My hope comes from experiencing the grace and mercy of God through my personal relationship with Him. I am saved by His Grace and nothing else. 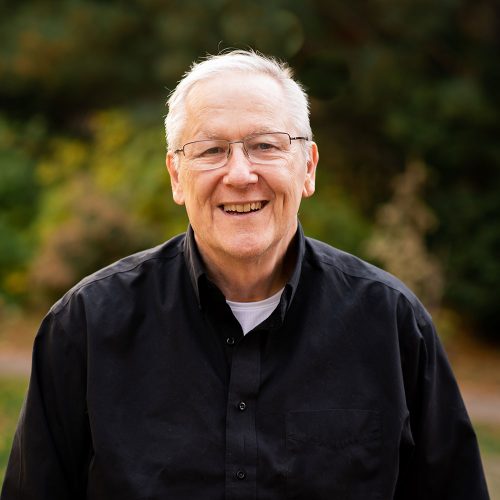 Harry is a Pastoral Sex Addiction Professional and a Clinician at Pure Desire Ministries. He has been with Pure Desire since 1993. Harry is a licensed pastor who has served in ministry for 30+ years. He also contributed to Pure Desire resources: Seven Pillars of Freedom and Connected.

Group Taught Me Freedom is Possible

Under the Surface of My Addiction