It’s a beautiful thing when we see truth played out in our culture. Oftentimes, we disregard the world or culture we live in because the perspective isn’t “Christian” or “biblically-based.” But, there are pockets of our world and people who still speak about things that are true, powerful, and very needed.

This week, The Red Table Talk did just that!

The Red Table Talk is made up of actor Jada Pinkett Smith, her daughter Willow, and her mother Adrienne. They sit down together to have candid conversations with family, friends, and guests, hoping that it cuts through the unhealthy stigmas that are carried in our culture.

The first segment of the episode is in the make-up room before the conversation moves to the table. Immediately you see how the different generations interact with the topic of pornography.

Adrienne, a 65-year-old woman, DOES NOT LIKE the topic at all. She is playful in her interaction, but you can tell, obviously, that she is uncomfortable with the initial discussion.

“I think I’ll be in too much shock to converse about it.”

“This WILL NOT be my favorite show.”

I believe this is indicative of the older generations when it comes to the topic of pornography. The worst part of this is that it’s not just in the world—it’s the same in the church.

Don’t believe me? Sit down in a room with men or women, 60 plus years old, and gently bring up the topic of pornography. Then watch them squirm.

Now, do all people over the age of 60 struggle with talking about pornography? No way! But it was not a normal thing that was discussed in the church during their younger years. And because of that, there is a hesitancy to engage in the topic.

In a major contrast, Willow Smith (18 years old) is extremely comfortable with the topic. You can argue that it’s just a youthful perspective, but you see throughout the episode that she has dialogued about this topic a lot in her young life. Whether it’s with her friends or with others, you can tell she isn’t phased by the conversation.

I believe that this is one of the most encouraging parts of the younger generation when it comes to this conversation: they are willing to talk about it.

It’s not a difficult conversation to start with young people. Sadly, it’s because pornography is just a normal part of their world, but this also has upside when it comes to engaging in the conversation.

This is where a lot of us tend to be, I believe. If you’re in the 35-50-year-old range, you know it’s an issue, are willing to discuss it, but don’t run into the conversation with your head down.

I loved seeing Jada’s willingness to dive into this conversation with an open mind and an accepting and gracious approach.

THE POWER OF CONVERSATION

One of the most powerful moments of the episode happens while still in the make-up room. Willow is talking her grandmother into engaging in the topic. She can tell Adrienne is getting flimsy about it and says, “Let’s not stigmatize it.” She goes on to say, “People are already having problems with it, so if we stigmatize it, it makes it more shameful and it makes it so that people don’t want to talk about and not heal.”

Willow is so right! If we don’t ever talk about pornography, we shame people into thinking it’s not a safe thing to talk about or admit to. And this communicates that healing can’t happen here.

It all starts with having conversations.

This is something that the church is still so tentative to jump in to. There are many different reasons, good and bad, why this is the case. But a sad and fairly common consequence of not engaging in this topic is that it increases the shame and closes the door to healing for so many men and women.

By having these conversations, you invite people into the opportunity to heal.

BREAKING THE SHAME OF SEX

POWER OF TELLING YOUR STORY

Garrett and Ariel are courageous and join the conversation by telling their story. Garrett speaks about his first exposure at 9 years old and how that started an addiction to pornography. He shares how technology amplified his addiction when smartphones came onto the scene, and he shares the severity of what became a daily addiction.

The fact that they are willing to share their story and own the potentially embarrassing and humiliating reality of addiction is such a powerful way to invite others into being honest and looking for help.

We love when people are honest about their stories!

WHAT THEY GOT RIGHT

Breaking the stigma of pornography being only a man’s issue is one of the glowing pieces of this episode!

The willingness of these women to engage in the topic is more powerful than you would initially think. The fact that three women from three different generations are talking about this topic as publicly as they are is a HUGE step forward in the conversation.

This can’t be something that is just talked about behind closed doors. This has to be a public conversation that is addressed by both genders.

During the initial conversation at the table, Jada speaks to how pornography teaches women that they can never say “no” to sex and that they have to always be ready for it when their spouse or partner is ready for it.

This is a devastating reality of watching pornography—it tells women their needs, feelings, or desire for sex are secondary to a man’s.

Later in the episode, Ariel shared how Garrett’s addiction to pornography affected her. When she found out about the addiction, she questioned, “Maybe I’m not good enough for him?” and “Maybe I’m not giving him what he needs?” She questioned her identity as a wife and if she was meeting her husband’s––though she didn’t know it––unrealistic expectations.

Pornography teaches us that the intensity, timing, and frequency of sex should be all about the man and not the woman. This is anti-biblical and ultimately a self-serving perspective.

CONVERSATION IS JUST THE BEGINNING

As you watch Garrett and Ariel telling their story, it’s obvious that this is still so real for them. They both seem to be on the verge of tears the whole conversation. The rawness of their story makes us question, “Now that we’ve had the conversation, what’s next?”

We are big fans of Fight the New Drug! Any organization teaching and spreading the message of pornography’s harmful effects is a teammate on the front lines of creating integrity in the area of sexuality. We are supportive of the message and delivery that they use.

But as you know, just talking about it doesn’t change it. We are after life-change, heart-change. The first step is having conversations about the topics of sexuality and pornography. And the second step is getting healthy.

This is where a 2-5 year process of healing has to take place.  Not just “stopping” the behavior, but actually healing the wounds under the surface that is motivating our addictions.

Don’t just leave the conversation table, make a plan for what’s next!

HEALING FOR ALL PARTIES

A glaring reality from the interview with the Jonsson’s was that Garrett found freedom from pornography but Ariel hadn’t. Now, we don’t know for sure what steps they’ve taken to find healing in their marriage, but often it’s just the addict who gets help, not the spouse.

If you watch through the interview, Ariel is still very hurt and emotional about it (rightly so). But we wonder if she has processed through the betrayal and found healing from the trauma that her husband’s addiction caused.

It’s absolutely necessary that both spouses heal from the presence of addiction in marriage! Both need healing, a shared language, and tools to help rebuild a healthy and intimate marriage.

The Red Table Talk knocked it out of the park on this episode! They waded into scary and uncomfortable waters for the benefit of others.

We hope that all who watch, who engage, who converse, and who step into these topics will find there is hope, healing, and freedom available from pornography and sexual addiction. 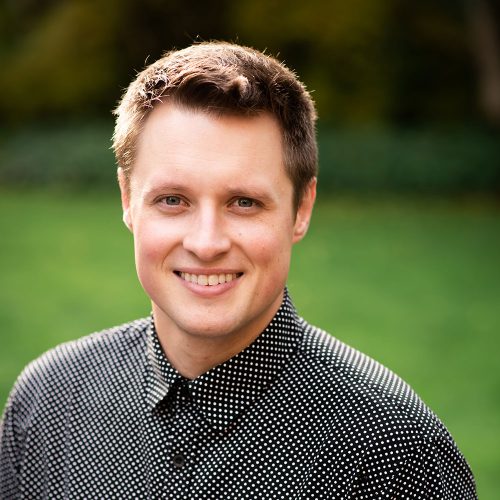 Trevor is the Marketing Director for Pure Desire. He has been in ministry leadership for 10 years. Trevor is a certified Pastoral Sex Addiction Professional (PSAP) through the International Institute of Addiction and Trauma Professionals (IITAP). He has a Bachelor’s in Psychology from Corban University, a Master’s in Ministry & Leadership from Western Seminary, and is a licensed pastor. Trevor is passionate about integrating trauma and addiction healing with spiritual disciplines to produce holistic healing.

A Star Is Born: A Pure Desire Review