As moviegoers and comic book enthusiasts, we get to see Bruce Wayne AND Batman. Not everyone has that privilege. For instance, the people of Gotham City only get to see one or the other. They either see Bruce Wayne, the rich guy, or Batman, the vigilante superhero.

For those who see Batman, which is most of the inhabitants of Gotham, they only see the winged Dark Knight. They see him saving innocent victims or capturing villains. They admire him or fear him. But, one thing always remains: his mask. His identity as Bruce Wayne is never revealed. His true identity must always be protected.

The problem is that the people of Gotham City don’t have the backstory. Batman becomes flat to them; nothing more than two dimensions. None of them see into the past of the character. They don’t see that terrifying night when his parents were murdered; observing the terror experienced by the young Bruce Wayne as his parents bled out in front of him.

As Batman protects their city, they don’t know the darkness he faces in his heart. The internal struggle that crescendos with every encounter; the fear he feels when he closes his eyes at night in his luxurious Egyptian cotton sheets. They can’t possibly know all of this because they don’t know the narrative. They only see the superhero.

On the other hand, some of them only know Bruce Wayne. They see the rich playboy making a fool out of himself in public—spending money on fast cars and women. They don’t see how he hides in plain sight when he puts on his mask. Those two personalities never exist in the same frame for the good people of Gotham.

Then there is us: the reader of the comic, the viewer of the movie or the fan of the graphic novel. We know what happened to Bruce Wayne’s parents; the loneliness he must have felt as a child. Sure, he’s got that wise old guy (Michael Caine was made for that role), but we know that he is no replacement for his parents. He’s just a cruel reminder that little Bruce is alone in the world.

We know that though he is rich, he would trade it all for another chance to be held by his parents. He struggles, he fights, he tries; he wants to do what is right. We see that. We see the good in him. At the same time, we see the darkness, the pain, the fear and the hopelessness. We see that, too. Bruce Man, I mean Bat Wayne, I mean…wait, who is he? Not even that guy can see how segregated his life has become. The life of a superhero is now so consuming that he starts to forget, even wants to forget, it all. But sooner or later, he needs to make a decision: will he be Bruce or Bat? Is he Bruce or a Bat?

The narrative of the “superhero” is all too familiar to us. There is pain in our past. Most people in our lives don’t know about it. As adults, we work hard to keep it hidden and, instead, live as this other person who thinks they can do it on their own. We live as one or the other, but the two personalities never show up at the same place or time. But hey, that’s okay, cause we’re a superhero. We have developed some sort of skill or mutant ability that keeps us safe. Something that protects us from our past—protects us from our present—protects us from villains. Another way to say this is that it keeps us isolated us from everyone that matters to us, including God.

What identity have you created so that you don’t need to face your past? Unless we look at the whole narrative, we miss the point. Join me at the Pure Desire Men’s Conference for The Superhero’s Journey. Perhaps it’s time for you to take off the mask, expose your true identity and walk into the light. 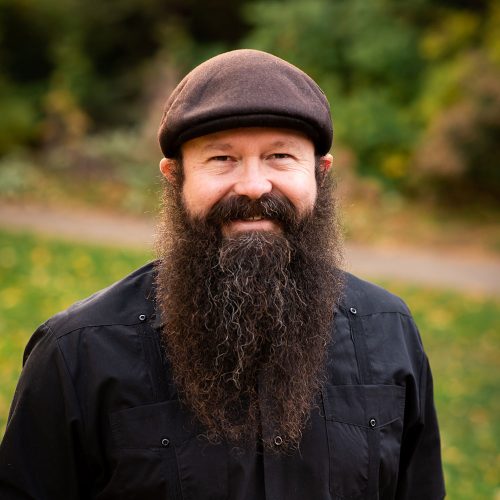