My road to recovery started on the evening of August 11, 2011, when I was busted in my sin by my wife. I remember the sinking feeling in the pit of my stomach and the cold wave of terror that washed over me—for the first time in a long time, no idea what was going to happen next.

Tears were shed by both of us, very loud angry words were directed toward me, and the evening ended with us sleeping in separate rooms. The next day brought something I never thought would happen: my wife began the process of moving out. She took the kids and went to stay at a friend’s house as she continued to look for a place of her own.

My sin involved an escalation from decades of viewing pornography to inappropriately touching my step-daughter; so my wife’s actions were 100 percent appropriate and exactly what she should have done. To say that I was consumed by fear is a drastic understatement. I was broken over what I had done to my wife and kids. I was dreading the legal consequences that I knew were coming. But in the midst of dealing with all of this, I knew I needed to get my life radically straightened out—I needed to get things right with God.

A good friend of mine told me about a group at a local church for men struggling with sexual sin: it happened to be a Pure Desire Seven Pillars of Freedom group. I was excited to attend and start learning how to break free from the sin that had gripped me for decades. I went to my first meeting this same week.

I was horrified: as we sat around in a circle, each guy started by introducing themselves, but then shared why they were there. I was ready to share the fact that I had been watching pornography for many years, but I was in no way prepared to share that I had abused my step-daughter. When it was my turn to share, I told them my name and that I was addicted to pornography—I had just learned that this was actually an addiction and never knew addiction could happen with pornography! But as I was talking, I felt an amazing peace flood over me and felt very safe to share all of my story: without even thinking about it, I shared everything.

I shared for about 10 minutes. When I was done, I expected everyone to get up and leave because of what I had just confessed. Instead, the group collectively said, “Thanks for sharing Paul,” and moved on to the next guy! Most of the guys were looking at me and smiled. One of the guys next to me reached over and squeezed my shoulder as if to say, “You’re welcome here.” After the group ended, most of the men came over and hugged me: someone they had never met before, who had committed some really horrible acts. They all said, “I’m glad you’re here.”

I quickly learned that this group created a different kind of atmosphere—an environment of acceptance: not of my sin but of me, regardless of what I had done, as a cherished child of God. I felt so safe to share all of my story because each man who had shared before me was vulnerable, open, and honest about their past. It was their transparency that made me feel safe. This was the first time I had ever shared the depth of my story and it was with men I had just met.

After the first meeting, I had no reservations about sharing anything with the men in my group. That doesn’t mean it was an easy process. As I worked through the Seven Pillars of Freedom Workbook, I came face to face with the things in my life that I had been medicating for decades. It was difficult and painful. But as the relationships deepened with the men in my group, I discovered that I now had battle-buddies by my side, fighting not only for their own freedom, but fighting for mine as well.

This is one of the biggest things I received from my group aside from my freedom: friends that would always be there for me. However, they were not always giving me hugs and telling me how great I was doing. Many times they challenged my distorted thinking and broke through the walls I had put in place. These were intense times; but it was always done with my freedom in mind (even though they were not my favorite people at the time.) None the less, without them challenging me, helping me realize when I was stuck, I would not be where I am today. The men in my group showed me Jesus in human form; they loved me right where I was at, even when I was pretty unlovable.

Today, I am walking in freedom and leading groups, which I learned how to do through my first group experience.

All these things led to my freedom. Now, I am able to pay it forward and help other men discover hope and healing.

My group was the key to finding freedom.

If you are looking to join a group, or start over in a group, commit to following the curriculum. It was intentionally written and it works! It will help you find healing just like it did for me. You will develop lifelong friendships with men who will help you walk in freedom.

May God bless you as you discover the freedom that is only found in His son, Jesus Christ. 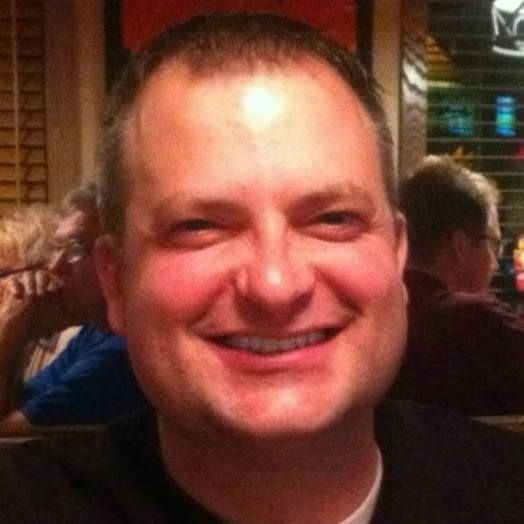 Paul is a Regional Group Leader (Great Lakes Area) for Pure Desire. He helps support and develops group leaders in his church and the surrounding areas. Paul is also the founder of TurnBack Ministries, a non-profit organization helping people break free from sexual sin and bondage through a renewed mind and a renewed relationship with Jesus.

Hey Alex- it sounds like you have a good problem! Men are stepping up and reaching out for help, which is great! But you have more group guys than leaders. This is a problem that I am all too familiar with. In my church, we found a guy who agreed to lead our “transitional” group, which is the “new guy” group where new group guys have a place to plug into immediately so they don’t have to wait 6 months till a new Pillars or Conquer group starts. We use “The Game Plan” by Joe Dallas in that group but you could use any purity focused book (aside from PD since they will be going through that in the Pillars). We read during the week as homework and then do the questions in group and then move into our check-ins. This is a great week to keep your Pillars (or conquer) groups from getting too big. 6 or so guys is the max you want to have in a Pillars group or you will start seeing the issues you described in your comment; no homework being talked through, lots of extended “check-in” discussions instead of discussing homework, etc. That doesn’t help any of the guys move toward freedom even if they feel good after “dumping” all their emotions, but they aren’t learning why all these things are happening or how to deal with any of it and move towards sobriety and freedom!

Some of our Regional Group Advisors have monthly video conference calls with group leaders from their region to talk through issues just like you described. Reach out to your RGA (formerly called RGL’s) and see if they have this happening yet and get plugged in. If they don’t, you could jump into another regions call till yours is up and running.

May God bless you guys and give you wisdom as you work to provide the men In your groups a properly working group so they can grow in Christ and find freedom!

I have been involved with a pure desire group and have gone through the Conquer Series twice now. We have always had a group of 8 men. We started the 7 Pillars of Freedom, we as a group have been doing all the homework and got through pillar 1. Just as we got started on pillar 2 we have seen a lot of new men being added to the group. It is great introducing new comers. But the problem I am having is the group is getting to BIG and we are now up to 13 men in the group. We have not done anything with the 7 pillars now for 3 weeks now. And now I have heard that the leader is going to be inviting more at the first of the year through his church. All we do anymore is share our stories over and over so the new guys will know about us and vise versa. I feel as if I will just work on the 7 pillars alone. I am really frustrated lately. I will not quit the group because it is still good for my recovery.