This movie is rated R for profanity (especially in the first 20 minutes), brief nudity and sexual situations, and substance abuse.

SPOILER ALERT: there are spoilers in this blog.

I waited with excitement and anticipation for the premiere of A Star is Born. I can still remember the impression the 1976 version had on me.  Esther Hoffman (Barbra Streisand), a hidden talent, is discovered by a famous rockstar who falls in love with her. This is the stuff fairytales are made of, especially for the love addict I was back then. I didn’t even notice how “messed up” John Norman Howard (Kris Kristofferson) was at the time. I could only imagine myself being discovered by a famous person and having them fall in love with me. This is the fantasy of a love addict. This fantasy carried me for quite some time. I sang to the soundtrack over and over, imagining that someday, I would become a discovered and loved star.
But this wasn’t my only reason for anticipating the new release of A Star is Born. I am a big fan of female singer-songwriters. I have always been drawn to them—Bonnie Raitt, Cyndi Lauper, Ann Wilson, Adele, and Lady Gaga. They write the songs that express the seasons of my life. Their poetry says what I want to say in a dramatic fashion. Songs like “I Can’t Make You Love Me” (Bonnie Raitt) and “When We Were Young” (Adele) have been themes in my life. The lyrics say what I have trouble expressing. I was not disappointed with the remake of A Star is Born.

Lady Gaga’s contribution to the lyrics touched a deep chord in me. Her vocals were stellar, as were Cooper’s, especially since the songs were recorded live. As great as this was, I left the theatre feeling something I didn’t expect––profound sadness. I was emotionally moved to the point where I cried deeply for the first time in years.

Earlier versions of this film focused on the female character, giving her backstory which added to our cheering her to stardom. We joined in appreciating her undiscovered talent. However, this newer version was very different. Bradley Cooper’s character, “Jackson Maine,” had the backstory. This version focused on his fading from the spotlight. In the film, Jackson is a famous rockstar blessed with an incredible voice, an extraordinary ability to play electric guitar, create poetry, and incredibly good looking. These blessings kept him famous and loved by adoring fans. But he was also crippled by alcoholism.

As a clinician who works in treating addiction, I was not surprised that he had a backstory. His backstory of childhood trauma is portrayed in pieces, but involves his older step-brother, played by Sam Elliott. The story reveals the “talented” younger son as dad’s favorite, overshadowing the responsible older brother (sound familiar?). During a heated argument, we learn that the younger son was “dad’s drinking buddy.” There is more trauma to be discovered, but that label says a lot about what Jackson experienced growing up.

After a major relapse, Jackson spends 60 days in rehab and does get sober.  But as anyone recovering from an addiction can tell you, getting sober is not enough to heal. The movie got that right. Jackson still had his wife, good looks, and songwriting talent: but, the lingering effects of depression and unresolved childhood wounds crippled his ability to move forward. Without ongoing accountability and trauma resolution, one simply cannot fully recover. The renewing of the mind for the addict requires ongoing accountability and sometimes therapy.

Addiction is like a lion––it lies in wait for the opportunity when its prey is most vulnerable, unaware of the impending danger lying just below the grass line. The lion is uniquely colored to match its environment. Danger goes undetected until it’s too late. The lion grabs you by the throat and ensnares you until you give up, give in, and surrender to it.

What I experienced watching A Star of Born is an accurate portrayal of how the effects of addiction and childhood wounds can overshadow all our talent and blessings. Addiction affects every part of an addict’s life––especially the people who love them: they see the best and the worst of the addict.

When an addict is at their worst (when they relapse), they withdraw into a self-protection mode. Their loved ones are left blaming themselves for the addict’s behavior. They stand by the addict—praying for them and encouraging them to accept the help being offered. It’s incredibly lonely and frustrating for those who love an addict.

This is the heartache I cried over when I left the theatre. I cried for the survivors that Jackson Maine left behind. I cried for the women I help in the counseling office. In my practice of treating couples working through the effects of sexual addiction, I witness the same heartache and desperate need for answers: “What could I have done better?” “How could I have prevented this?” Those on the outside of the addiction are fearful. In A Star Is Born, Ally (Lady Gaga) shows us the grief of a loved one––not being able to “love enough, care enough, or get angry enough.”

This is wrapped up in the lyrics that opened the film:

“Tell me something boy

Aren’t you tired tryin’ to fill that void?

Or do you need more

Ain’t it hard keepin’ it so hardcore?

In all the good times

I find myself longing for change

And in the bad times, I fear myself.”

These lyrics get it right. In the good times, we long for the change that will make us whole again. In the bad times, we fear ourselves. We fear we will never recover. This makes me cry just thinking about it.

For me, this version of A Star is Born, clearly shows what I explain to clients throughout our program. I tell clients that getting sober is not the most difficult part of recovery: staying sober is the challenge. An addict must have an ongoing support and accountability team.

Dealing with the aftermath of betrayal and addiction is complicated. One must address how the wounds and abuse of our childhood have affected us. It is the effect of this trauma that leaves us vulnerable to the preying lion.

The critical message of this movie is that recovery does not end with a 60-day rehab. Sobriety is the just the beginning. Addressing the fallout of broken relationships, experiencing new tools for connecting, and in some cases, quieting the depressive voice in our head that remind us of our addiction. These symptoms need healing too. We need the healing touch of a Savior to remind us of our value and worth. These issues are why accountability is mandatory.

Nevertheless, I was still encouraged by the reality and truth spoken in the film, A Star is Born. From time to time, we all need an artistic look at life’s real and raw experiences. 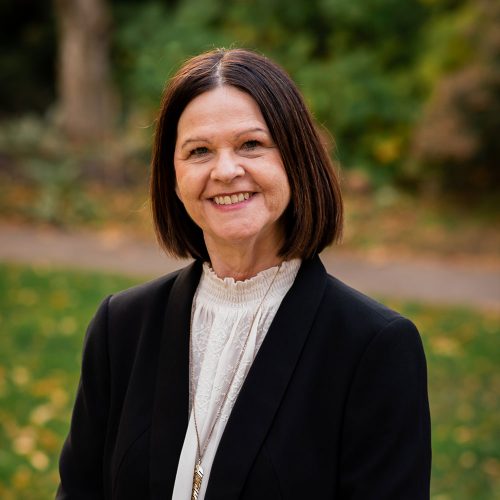 Debby is a Pastoral Sex Addiction Professional for Pure Desire. She has a heart for bringing healing to men and women who are broken due to sexual and emotional issues. Debby has a Bachelor's from Corban University and has an Advanced Certification through International Institute for Trauma and Addiction Professionals (IITAP). She contributed to Unraveled: Managing Love, Sex, and Relationships.

The Red Table Talk: What We Noticed, What They Got Right, And What’s Next